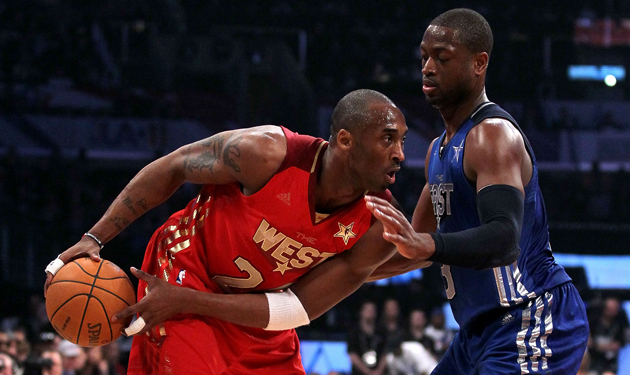 The All-Star Game comes every year, providing fans with an opportunity to see their favorite stars on the same court for one three hour exhibition. TNT hypes it up with flashy promos and some kind of original song that includes a “Yeah!” or a “Wooooo!” in its hook. The NBA promotes the ability for fans to vote for their favorite players, even if we know well in advance who will be starting.

Players still act like they care for the game, even though most would admit they’d rather be relaxing and resting for the second half of the season. Coaches could care less as long as their star players don’t get hurt. Lil’ Wayne and Birdman can act like they care for the game while sitting courtside, even if they’re too busy looking at their phones, plotting another way to disappoint hip-hop fans with another album (Still not sure if the Carter IV was serious).

The NBA needs to stop pretending that the game means something. For all the hoopla surrounding the festivities you would think the game would mean more than a few highlights and a shot of George Lopez standing up and cheering. I’m not proposing any radical change — like appointing the exhibition as a means to determine home court in the championship – but the NBA needs to adhere to the idea that beyond it being a fun event, the game means very little.

Case in point, how often do analysts preclude their analysis of a player by stating: “Player X was a _____ time All-Star.” A game where the outcome means nil is one of the barometers for ranking a player above another? I cringe when I hear that an exhibition game, voted on by the viewers for the viewers, could be a proper way of evaluating a player’s career. All-NBA teams still exist. If a player must be awarded to some sort of team to merit their worth, that’s the one that counts.

Though fans do vote for players, it’s only the starting lineups. All 30 coaches vote for seven players within their respective conference to be named as reserves. While coaches aren’t allowed to vote for their own players, what exactly is criterion for being a reserve?

Let the fans vote for the entire team. It makes no sense that the fans vote on who starts the game – the most obvious facet to an All-Star game – when the coaches determine which players deserve, on some mysterious logic, which seven other players get the chance to participate. This makes it known that this is indeed an event for the fans.

Rubio possesses the skills that would make any All-Star game must-see. No look passes, behind the back passes, lobs and weaving through traffic are just some of the excitement that Rubio can bring to the event. Dunks, alley-oops, crossovers and “Holy s—!” moments are why fans tune in. It should never come down to anyone but fans choosing who they want to play.

After the typical starting lineup is voted upon, let the fans vote – regardless of position – on the remaining seven spots. If the NBA wants the best possible fan experience, why not do this? It ensures greater interest in the event, promotes worldwide participation and would make the game a true exhibition.

Let the fans get what they want: a harmless, Stern-free, self-governing exhibition with the most exciting players and maximum fan involvement.